It is official. Niagara Region has approved support for West Lincoln Memorial Hospital’s rebuild to the tune of 21 per cent of the $60 million local share of costs.

That translates into 12.6 million reasons to smile for Niagara West’s residents and elected officials alike.

There had been lengthy debate both at the Dec. 21 full meeting at council where the financial commitment was given as part of the regional budget process and at the Dec. 14 budget review session.

Support for the $12.6 million funding level escalated from 16-9 at the review session to 20-6 last week.

While much of the debate was focused on how much financial support WLMH should receive, a great deal of time went to a new funding matrix devised with the help of a consultant.

Staff recommended 18 per cent – $10.8 million – of the local share be the threshold for hospital support and, when the matrix process was included, that would have been further reduced to 84 per cent of that – or $9.07 million.

West Niagara representatives presented a strong case for why the reduced rate of support would not be fair or equitable based on 2007 support levels Niagara Region gave St. Catharines’ new hospital.

“Health care is the number one concern for everyone. The (WLMH) staff are amazing, but that facility is old. We have one of the oldest populations, and we need to focus on what people want,” Diodati added, noting Niagara Region “spent over $50 million on a bridge in St. Catharines that most people will never use.”

As he did at the budget review meeting, Grimsby Mayor Jeff Jordan noted the 21 per cent ask was the same that St. Catharines hospital got when $21 million was committed towards what was a $100 million local share in 2007 before that local share escalated to $116.9 million in 2009.

“It would have been better if the matrix was developed long before WLMH came on stream, not the last six weeks,” said Jordan.

“Yes, it’s going to cost a lot of money. Fairness and equity is the region’s domain. I feel we should do what we did in the budget committee and approve the $12.6 million and 21 per cent.”

“Staff did say the matrix was subjective,” noted Witteveen.

That subjectivity, combined with structural flaws in the formula itself made the matrix a non-starter for Lincoln Reg. Coun. Rob Foster.

“The matrix failed in this case,” said Foster, noting it did not take into account, among other things, the lengthy regional support with Deer Park Villa for which “not a penny” has changed hands.

At the budget review session, West Lincoln Mayor Dave Bylsma has asked if the matrix was ever run with the assets and programs of the St. Catharines hospital. He noted, if that was to be held up as the maximum standard, it should support the 100 per cent outlined in the matrix. The answer to that question was no, it had not been run.

While West Niagara representatives provided plenty of justification, some on regional council simply weren’t having any of it.

“The Region should not be involved, said St. Catharines Reg. Coun. Brian Heit, noting health care is a provincial responsibility.

He added, if regional council continues to ante up for hospitals it will face “6-8 per cent budget increases a year.”

“I loved the matrix. It made sense to me. You want to throw it away for an arbitrary number?”

Fort Erie Reg. Coun. Tom Insinna said he was not interested in setting the matrix aside as he did not want to waste the estimated $15,000-plus it cost “for a number pulled out of a hat”.

“We all read the reports…ultimately we are the decision makers. That’s what we did at the budget review committee,” said Nicholson.

Lincoln Mayor Sandra Easton said the matrix can be part of future processes, when it is fine tuned.

“It is an excellent idea, but I think we can agree we learn and improve by the processes we engage in. It may not be not possible to agree with all elements of it,” said Easton. “I am very proud to have been defending this.”

Those six opposed, with three conflicts of interest declared, were: 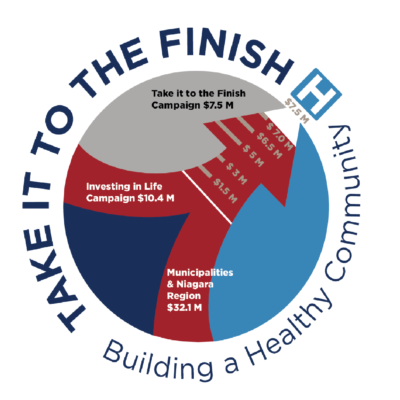